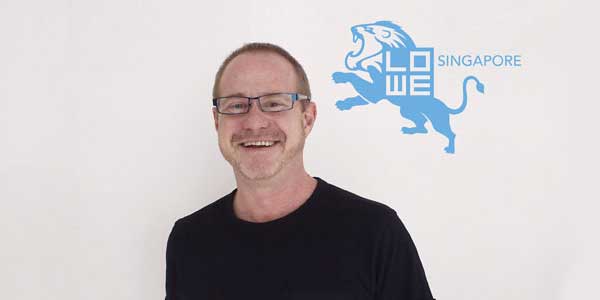 Lowe has appointed Allan Fraser-Rush as Global Planning Director, based out of Singapore.

He will take responsibility for the agency’s Unilever brand partner Clear and a yet to be announced new brand, working in both a Global and a Regional Strategic capacity.

Fraser-Rush joins the agency from his role as Global Planning Director at Lowe Brindfors, Sweden. Educated in USA and his native Australia, he began his career in banking and finance, before switching to agency roles at EuroRSCG and McCann Ericsson in Australia. Prior to joining the Lowe network, Fraser-Rush spent eight years with TBWA\, TBWA\GGT & TEQUILA\London, which he headed up as Managing Director. He has been recognized at multiple industry awards including D&AD and Cannes.

Alongside his agency positions, Fraser-Rush is visiting Professor in Marketing Communications at the University of Northampton, UK, as well as a providing academic support for the Cranfield MBA programme, the DMA and the FastFoward Programme for NABS in the UK.

Rupen Desai, Regional President, Lowe Asia Pacific comments: “Asia is an increasingly important region for our global clients, and having a leader with Allan’s experience adds to our ability in developing global brands from Asia. We’re most delighted to have him on board.”

Allan Fraser-Rush adds: “It is an exciting prospect to be working for Lowe in a Global role based in Asia. This region is the most dynamic and exciting in the world, as it changes from

emerging to leading; further evidenced by the fact that international multi nationals are now being run from this part of the world. There is something new to learn every day with the escalating maturity of consumers, the changing face of media consumption and points of interaction, which will make this role both rewarding and challenging for me.”

Lowe leads several global brands from its Asia Pacific headquarters in Singapore. These include Clear, Lifebuoy, Dirt is Good and Close-up.