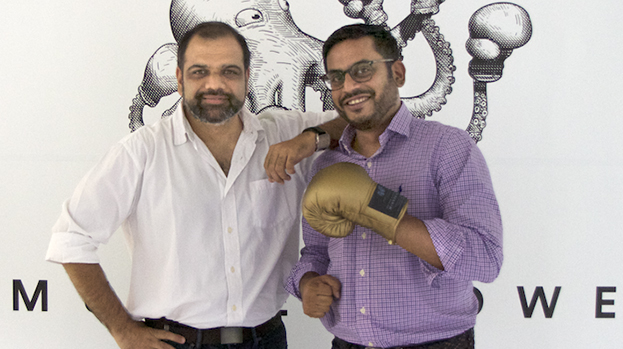 There’s only one metric that matters: Attention. Attention is the most competed for currency in the 21st century, and brands need it more than ever before. In 2016 MullenLowe Group launched the Golden Glove Awards, an internal competition to celebrate and recognize the most effective campaigns driving an unfair share of attention for their clients.

With over 80 entries from their four business divisions (MullenLowe, MullenLowe Profero, MullenLowe Open, and MullenLowe Mediahub), the Golden Glove awards saw an overwhelming amount of creative, challenger ideas from around the international network.

From a shortlist of 10, the final judging (by a global executive committee of 15 leaders from around the network) identified Unilever’s Lifebuoy brand as the winner, for the campaign ‘Future Child’. The campaign was developed by three offices from around the world collaborating on the brief: MullenLowe Lintas Group (India), MullenLowe Singapore, and MullenLowe SSP3 (Colombia).

‘Future Child’ is a powerful piece of content that’s the latest edition of #HelpAChildReach5, transforming long standing cultural habits to promote handwashing with soap in the most rural parts of India in order to save lives. Every 20 seconds a child under 5 years dies due to preventable diseases like diarrhoea and pneumonia, and 44% of these deaths occur during the first 28 days of a child’s life. Armed with this statistic, the multi-market team brought Chamki, the girl from the future, to life to explain the importance of handwashing as a crucial step in disease prevention and death in the early stages of a child’s life.

Chamki’s message won the hearts of expecting and new mothers of all socioeconomic backgrounds to evangelize the cause. This life saving message was taken via a traveling cinema in media dark, rural India, to hundreds of remote villages where expecting mothers could experience the message.

‘Future Child’ generated a cumulative view time of 56 years over just 64 days on YouTube that led to an 86% uplift in organic search on Google, a reach of 100 million people through PR alone. Lifebuoy’s program has been acknowledged by David Aaker as the world’s best branded social program ever.

Lifebuoy, through this campaign, has been pushing for inclusion of measurement for hygiene within the new Sustainable Development Goals (SDGs), and the United Nations has now included indicators on use of handwashing facilities in schools in the SDGs. In addition, a grant from the Children’s Investment Fund Foundation (CIFF) has been awarded to help promote handwashing in Bihar India. Lifebuoy is partnering with CIFF to bring handwashing education to 45 million people.

MullenLowe Group applauds MullenLowe Lintas Group, MullenLowe Singapore, and MullenLowe SSP3 for defining what it means to give a clients’ brand an unfair share of attention, and thanks all of the teams and entrants from the network for their inspiring contributions and efforts.