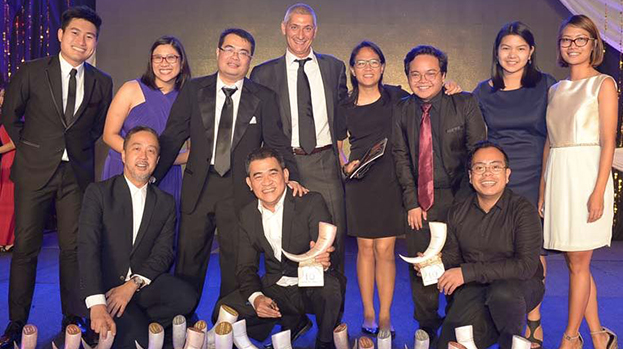 The 10th edition of Asia-Pacific Tambuli Awards, hosted in Manila saw the MullenLowe Group put up a dominating show at the awards. Apart from MullenLowe Lintas Group, India winning the ‘Agency of the Year’ title (thrice in three years), there were winning performances from MullenLowe Singapore, MullenLowe Vietnam and MullenLowe Philippines too.

Driven by this strong performance, MullenLowe Group was named ‘Network of the Year’ yet again this year. In all, the MullenLowe Group agencies bagged a rich haul of 22 awards in the final tally. These include MullenLowe Lintas Group, India being declared the Agency of the Year, and ‘Lifebuoy – Future Child’ winning a Grand Prix.

The only regional award of its kind, the Asia-Pacific Tambuli Awards honors brands that deliver business results while promoting a positive societal value–brands from around Asia that celebrate human truths, inspire purpose, and effect real change.

Commenting on the performance by the Group, Joseph George, Regional President | South & Southeast Asia, MullenLowe Group said: “The huge number of wins at the Award show amplifies our strength in being the best in the region where effectiveness is concerned. Be it the ‘Agency of the Year’ title awarded to India or the multiple wins bagged by our offices in Singapore, Vietnam and Philippines, these accolades reaffirm our brand building philosophy of doing well by doing good. We thank the jury for the trust they showed in our work and also our clients who’ve partnered us in making this achievement possible.”

The Asia-Pacific Tambuli Awards began in Manila in 2005, and opened up to the Asia Pacific region in 2012. The Tambuli (a native Filipino horn) is organized by the School of Communication of the University of Asia and the Pacific (UA&P) in collaboration with the industry, to create positive impact in society through marketing communications.