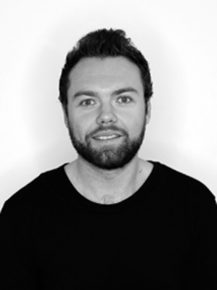 As a 5-year old, Mark used to play ‘Guess the Ad’ with his Dad sat in front of the TV, and ever since he knew he was destined for a career in communications. Since then the mediums may have changed but the objectives have not, make it memorable, make it meaningful.

His career has taken him from the grey skies of Manchester, to the deserts of Dubai and now the rainforests of SE Asia. During this time, he’s been fortunate enough to win a few Effies, Lynx and Cannes awards along the way, and grew a beard just in time for him to be named in Campaign Magazine MENA’s 30 Under 30.

Outside of work (and sometimes in work too) Mark can be found watching Liverpool Football Club, spending too much of his salary on food and travel, and obsessing over predicting the future.