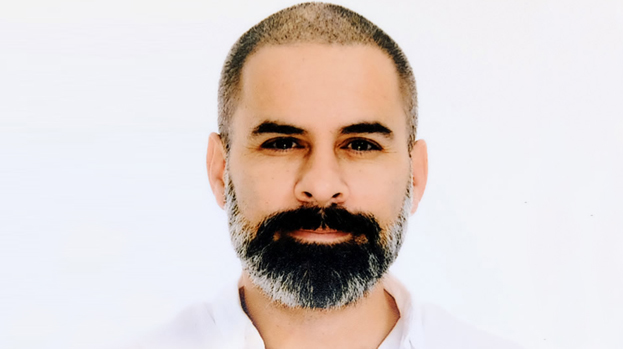 In an increasingly data-driven world, where ‘going digital’ has become the buzz phrase du jour, Erick Rosa remains firmly moored in the primacy of content.

“For me, it’s always been about good creative content,” said the executive creative director of MullenLowe Singapore.

Born and raised in Rio di Janeiro, Rosa’s 14 years in the industry have earned him wide praise, including a Cannes gold win. He recently celebrated his second year in Singapore after having held creative director positions at J. Walter Thompson in Sao Paolo and Leo Burnett in Lisbon.

We caught up with Rosa at his home in Singapore, where he lives with his wife and three kids, to talk about his transition to life and work in Asia and the transition of Asia into a global advertising and marketing hub.

You’ve just passed the two-year mark at MullenLowe Singapore. What’s the transition been like?
I have spent the greater part of my life outside of my hometown, so I’ve grown accustomed to major transitions over the years. Singapore has been the biggest move yet, but it’s been particularly easy for a few reasons – the lovely people I’ve met, the family-like culture of the agency, and the great quality of life here.

You’ve worked in your native Brazil, Europe, and now Asia. What differences have you witnessed in the creative processes of these markets?
Brazil and Singapore are similar in the sense that both are strategic hubs for their respective regions. A campaign created in Brazil is produced and aired in other South American countries. The same applies to Singapore, but Singapore goes a step further because it’s a true global hub in all aspects.

People work around the same hours, but the pace is quite different. In Singapore, there are more steps along the way, and campaigns have a much longer gestation period. That’s because they are created and produced to run in a dozen countries around the globe at the same time.

What are the differences in pitch process?
This is similar everywhere that I’ve worked, be it in Europe, Brazil, or here in Southeast Asia. Maybe the one difference I can point to is that in Brazil it is very common to have agencies invest very heavily in the pitching process, not just in time and talent but also in production. That means sometimes pulling out all stops to the point where, even at the earlier stages of the pitch, agencies actually produce films and activation events with the kind of quality and size that, if needed, can run on TV the very day that it’s presented.

Can you comment on the state of marketing in APAC compared with other regions you’ve worked in?
In this globalised world, I would say the state of the marketing scene here is very similar to any place I have worked. The one huge difference is the multicultural aspect of both your work colleagues and the clients on the other side. When you are working with global brands for campaigns that will travel the world, it helps immensely to have teams in the agency made of 10 or 15 different nationalities. In the different markets I’ve worked in this only occurs in this region.

For me, creative work has always been about good content, and finding the best channels to place that content. In some markets, there needs to be greater understanding of how today’s audiences consume content. They’re not sitting in front of a TV passively waiting for a show to start anymore. This region is the most technologically advanced in the world. So the agency never needs to explain the idea of alternative channels to reach the consumer or the importance of good content, regardless of the format.

Most of the world’s major agencies have dropped anchor across Asia. What’s the state of the homegrown agencies?
Local agencies can be as strong and respected as any multinational. It is always matter of talent and ideas. In the countries in which I have worked – Brazil, Portugal, and now Singapore – there have always been local agencies that could compete head-to-head with the major agencies.

Sometimes, or most of the time, the fact that they lack aligned businesses and global support or structure can hinder their reach, but I would say that local agencies have as much chance to succeed as the big ones.

Looking into your crystal ball, what trends do you see for advertising in Asia over the next two to three years?
Asia will become the most desired centre for advertising professionals and marketers in the world. People today still see London and New York as the beacons for the industry, but this region will establish itself as a celebrated hub for creativity in a very short time.

This article appeared in Branding in Asia Magazine, June 2016.