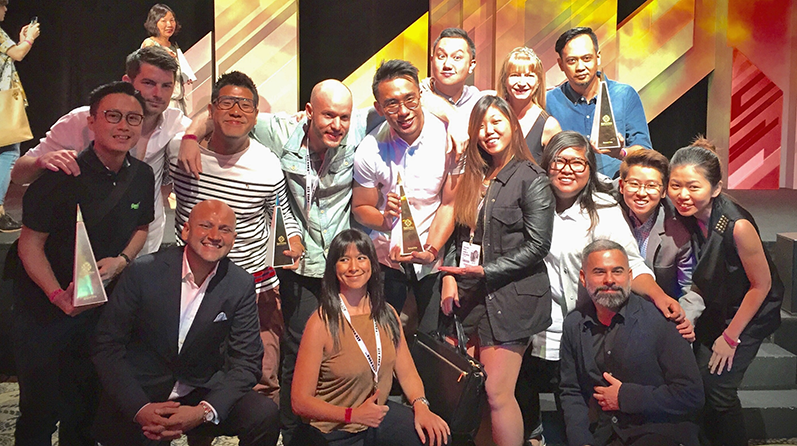 MullenLowe Lintas Group won the Creative Effectiveness Grand Prix for the Unilever India ‘Kan Khajura Station’ campaign. The campaign integrated one of the oldest mediums of entertainment, the radio, with the mobile phone, transforming basic phones into a free entertainment channel. The Kan Khajura Station was created as a new, on-demand, entertainment channel that worked on any mobile. MullenLowe Group is now the only network to have won the Spikes Creative Effectiveness Grand Prix twice since the awards inception in 2012; with 303 Lowe Australia winning the award in 2013 for IKEA ‘Rent’.

Lowe Indonesia collected the Grand Prix in Print for the Unilever Pureit brand, in addition to a Gold Spike in the Print and Poster Craft category. Pureit is the world’s largest selling water purifier from Unilever, and the stunning ads ‘Rural’ and ‘Urban’ showed the brand’s ability to handle the toughest jobs – whether it be an rural or urban waterway.

Lowe Singapore was awarded the Grand Prix in the Print and Poster Craft category for 3M Scotchguard and 3 Radio Spikes (one Gold, one Silver, and one Bronze) for The National University Centre For Organ Transplantation. 3M Scotchguard campaigns ‘Olive Oil & Balsamic Vinegar’, ‘Sangria’ and ‘Minestrone Soup’ showed beautiful demonstrations of how the stain guard protects carpets from the most aggressive stains. The National University Centre For Organ Transplantation’s ‘Donated Voices’ campaign put recordings of deceased voice artist’s together asking people to support organ donation. It was broadcast on the radio as well as online at the very point where the opt-out form is downloaded.

MullenLowe Group delivered all 3 of Unilever’s Spikes (2 Grand Prix and a Gold) which saw them awarded the accolade of ‘Advertiser of the Year’ for the first time since this prestigious accolade was launched by Spikes in 2009.

“We’re tremendously proud and honored to have been able to create and deliver successful work for our Unilever client. It’s a joy to see our collaborative efforts aid in Spikes Asia recognizing Unilever as ‘Advertiser of the Year’ – Jose Miguel Sokoloff, President of MullenLowe Group Global Creative Council.

We proudly congratulate all of the winners and would like to thank The Spikes Asia Festival for honoring the campaigns from the MullenLowe Group network. The winning work can be viewed at:  http://bit.ly/1MpA0bQ